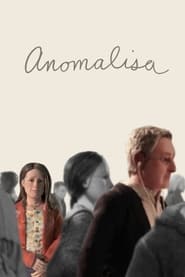 Michael Stone (voice of David Thewlis) is a husband and father away on a business trip to Cincinnati where he's scheduled to give a big speech. While traveling he finds himself resenting the monotony of his life and pursues a pair of star-struck fans who are attending his talk the next day. That night he meets Lisa (voice of Jennifer Jason Leigh), a woman unlike any other who sends his emotions into a tailspin.

In a smart and clever fashion, Anomalisa represents another winning effort from the mind of Charlie Kaufman. The unique visionary provides an artistically diverse effort that breaks from conventional storytelling. Despite massively outreaching its running time to an almost unnecessary 90 minutes, Anomalisa sets itself apart as a mastery of all the senses. See, feel and listen your way though another brainy and exquisite piece of work from Charlie Kaufman.