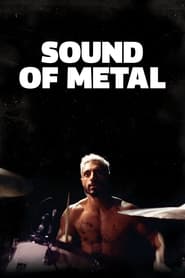 With 2020 coming to a close and the race to the Oscars starting to ignite, Amazon Studios unleashes a rare indie gem that should put itself in the thick of the awards season discussion. The insanely gifted trio of Riz Ahmed, Olivia Cooke and Paul Raci are hardly household names, but their days of lurking in the background of Hollywood’s finest films of the last decade are officially behind them. While Cooke is least likely to land herself an Oscar Nomination, it’s the synergy of the trio’s interconnected performances that propel Darius Marder’s Sound of Metal into one of the finest first features of the 21st century.

Ruben (Ahmed) and Lou (Cooke) are more than just the two-piece Metal band called “Blackgammon”, they’re a passionate couple whose interdependent need for one another is both beautiful and alarming. But upon living a lifestyle that’s consumed by piercingly loud noise, Ruben soon faces intense episodes of irreversible hearing loss. Ruben, a recovering drug addict, begin to fear a relapse is on the horizon, so both he and Lou agree go to a remote Recovery Community for the deaf that’s run by a Vietnam Vet named Joe (Raci).  The community only allows deaf addicts, forcing Lou to return home and Ruben to tackle his darkest fears with no one except the group of deaf strangers around him. 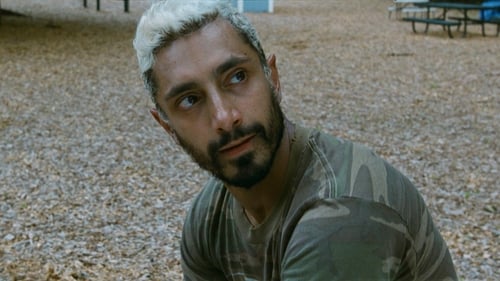 Ambition is nothing new to writer and director Darius Marder. As the scribe of Derek Cianfrance’s big and bold 2012 effort, The Place Beyond the Pines, we can probably assume it’s in his blood. Unlike his previous work that, despite its overall success, admittedly weakens as the minutes mount, Marder never takes the pedal off the gas. Ruben is undeterred in his quest to hear again and we, as an audience, invest our hearts and souls into this journey of hope and desperation. All along the way we’re gifted a truly masterful examination of human emotion, filled with insightful introspection and profound discussion. But it’s at the film’s conclusion where Sound of Metal rings loudest, as Marder continues to crank the dial to 11 with a brilliant and unforgettable finale that perfectly captures the entirety of Ruben himself and the personal journey we’ve all endured. Everything from obvious standout performances from Riz Ahmed, Olivia Cooke and Paul Raci, to the carefully detailed sound mixing and other technical achievements that present themselves throughout the feature, Sound of Metal is screaming with both style and substance, making it one of 2020's greatest films.